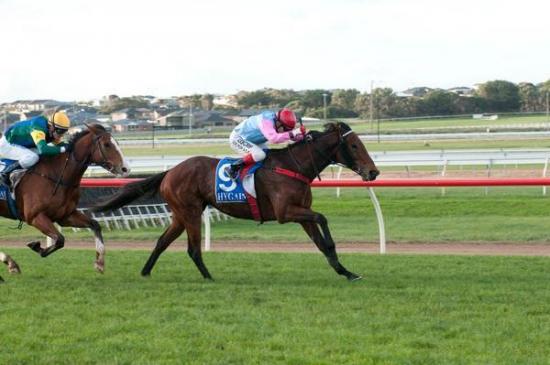 With his family background, Josh Julius was always going to be involved in horse racing.

The son of jumps jockey Geordie Julius - who won the 1984 Hiskens/Grand National Steeplechase double – and the brother of champion show jumper Melissa, the 25-year-old combines working as foreman for trainer Aaron Purcell with running an equine dentistry business and training his own team of five horses.

Set to saddle his first runner at Flemington when Clang And Dazzle takes his place in Saturday’s $100,000 Ascot Racecourse Handicap (2000m), it is through his aunty Anne McGrath that Julius' interested in racing began to blossom.

Often travelling to the races to watch McGrath’s Emirates Stakes-winner Tears I Cry, Julius got his first job in racing working for Tears I Cry’s trainer at the time Ciaron Maher.

That relationship with McGrath is also the catalyst for how he ended up training Clang And Dazzle.

Bred by McGrath’s father and Julius’ grandfather Leo Dwyer - who has worked as clerk of the course at Warrnambool for more than 50 years - the son of Clangalang was given to Julius to look after while McGrath underwent treatment for breast cancer.

Helping to prepare the gelding when he won his maiden on debut in April last year under McGrath’s name, Dwyer and the other owners decided to leave the horse with Julius when he got his own trainer’s licence.

Admitting it was a great lesson in time management trying to juggle his business West Vic Equine Dentistry with training and working for Purcell, Julius said training was his passion and preferred profession.

“I followed the natural family progression into racing when I was old enough and from there always wanted to train,” Julius said.

“I wanted to get a trade behind me in case the training venture didn’t pay off.

“More of my time at the minute is going into the training side of things and working for Aaron and the dentistry work is a good second income.”

Having spent time working for Maher, Patrick Ryan, Kelvin Bourke and Darren Weir before joining Purcell, Julius saddled his first runner in his own name when Falzzon finished runner-up at Warrnambool in April.

Now boasting an impressive three wins from 12 starters, Julius said he was happy with the start to his training career so far.

“I’ve got a fantastic support base of owners and a lot of my owners are in every single horse that I’ve had,” he said.

“I make sure that I communicate as much as I can to the owners and they certainly appreciate that and I know they’re all very excited about the possibility of heading to Flemington on Saturday.”

Despite Clang And Dazzle being a rising-six-year-old, Julius said the gelding was really still learning his craft.

“The horse sat in the paddock until he was a three-year-old and Leo said if Anne (McGrath) and I could get some owners into him then we could lease him,” he said.

“His whole three-year-old year was spent educating him where as normally a lot of horses are going through that stage as yearlings or two-year-olds.”

While Clang And Dazzle is also accepted in an 1800m event in Adelaide on Saturday, Julius said. Flemington was the likely option.

“I’m definitely leaning towards going to Flemington as long as it isn’t a Good 3 or Dead 4,” he said.

“I’ve been hanging to get him out to 2000m for a while now. He did the job well at Warrnambool last start and though he was probably looking for further his wet track ability got him over the line.

“Lunar Nova franked his form by winning a Showcase at Bendigo last week. There’s no reason why if he gets a bit of luck and a bit of rain then he couldn’t be very competitive.”

Drawn barrier 11 of 14 for jockey Stephen Baster, Clang And Dazzle is rated a $26 chance with TAB which has the Chris Waller-trained Fulgur priced as the $3.60 favourite.