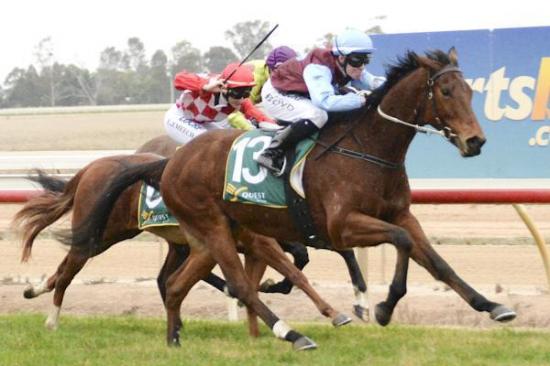 Josh Julius opened his training account from his new Bendigo base when Dubai King saluted in the Bourke Builders BM64 Handicap (1400m) at Echuca on Monday.

Formerly based at Warrnambool, Julius has been training from Bendigo for five weeks and had saddled up just one runner before Monday’s victory — his fifth winner from less than 30 starters.

“I came to Bendigo for its central location and terrific training facilities,” 26-year-old Julius told Winning Post this week.
Dubai King was given a box-seat ride by apprentice Anthony Boyd, scoring by a length. He was first up off a 24-week break in his first start for the Julius yard.

With 10 horses on the books, Julius has a strong racing pedigree. His father, Geordie, was a successful jumps hoop whose most notable success came in the Grand National and A.V. Hiskens Steeplechase double in 1984 aboard Kiwi jumper Gogong.

Julius’s grandfather Leo has been a clerk of the course at Warrnambool racecourse for 55 years, while his aunt is Anne McGrath, part-owner and sometime trainer of Tears I Cry, who Julius strapped when he won the 2008 Emirates Stakes for Ciaron Maher.

The stable’s flag-bearer of recent times has been Clang And Dazzle and Julius is confident the rising seven-year-old can bounce back to his best form. The son of Clangalang has won three of his 15 starts and been competitive at metropolitan level.

“We’re ironing out a few underlying issues and getting him ready for the wet tracks, which are his preferred going,” explained Julius.

Julius also has a half-brother to Tears I Cry, by Bushranger, named Appeal For Justice.

The multi-talented Julius also runs his own equine dentistry service.